By Principal on January 28, 2020 in Fundraising, The Arts

John Spillane played to a packed church in Monkstown on Tues 28th January . It was the culmination of more than a month’s work, that John Spillane undertook with the children of 4th class, on their “Folklore Project”. This project involved weekly visits by John to 4th class where he explored local stories of Monkstown, treated the children to many of his own songs and collaborated with the children to create their very own song called “Monkstown.” This project was mostly funded by Cork County Council. All proceeds on the night went to  Scoil Barra Naofa.

He treated his audience to many  songs including “Prince’s Street”, “The Cherry Tree” and “The Ferry Arms”, a particular hit with the children! This was followed by 4th Class and John singing John’s own song “The Hound that Saved the Child”, based a the local legend. Next 4th Class  told their own version of the local story “The Giant’s Stairs”, complete with atmospheric music composed and played by John and a number of students from 4th Class (now known as John’s band!). A beautiful rendition of Báidín Fheilimí closed the first half.

Thank you to all our sponsors who so kindly gave such wonderful prizes for the Raffle on the night. There were many happy children and audience members heading home with their prizes on the night.

“The Big Little Choir” sang three beautiful songs with John -“Passage West,” “All the ways you Wander” and “Ride On.” Thanks to all involved in this choir for their help and support in organising this event. The choir, as usual, did an amazing job.

A wonderful night of song and story. Thank you to John Spillane for his time, energy and enthusiasm during our “Folklore Project.” The children of 4th Class have loved every minute of the experience. Thank you too to Marcia Dalton for her collaboration in setting up this project and Cork County Council for organising the funding that made this amazing experience for the children possible. 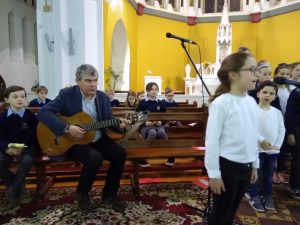 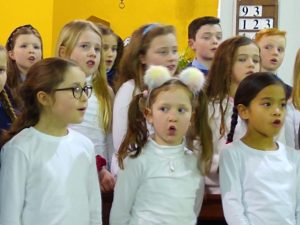 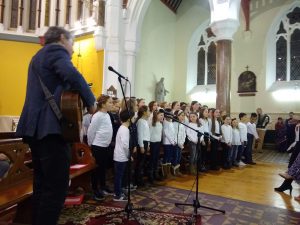 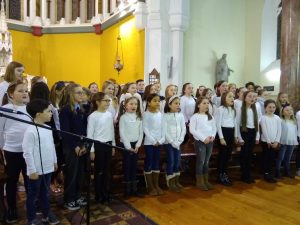 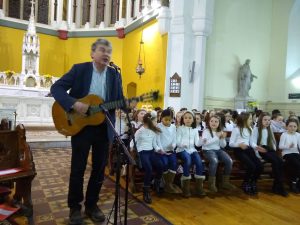 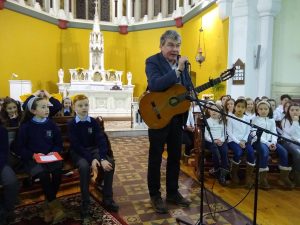 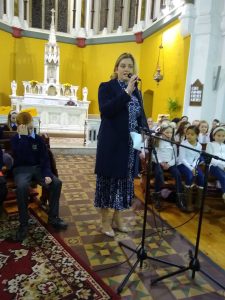 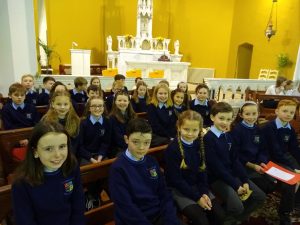 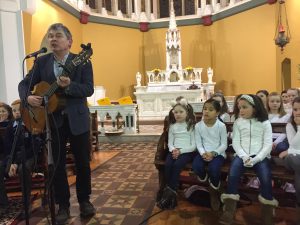 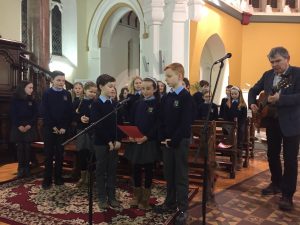 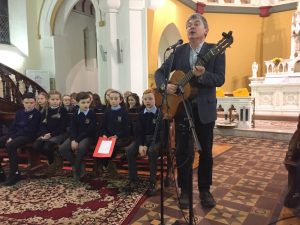 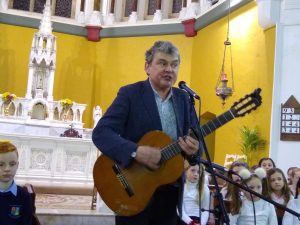 Scoil Barra Naofa, founded on 19th February 1872 is a Catholic Primary School of both boys and girls.
View all posts by Principal →