Fáilte : September 1st was a very special day in Scoil Barra Naofa when we welcomed our new Principal, Iníon Uí Bhuaigh, to the school. We also welcomed Senior Infant Teacher, Ms. O’ Brien, Special Ed. Teacher, Ms. Moakley and of course our twenty seven new Junior Infants ! We wish everyone well for the new school year ahead and hope it will be a very happy and productive one for all. 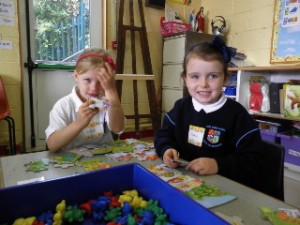 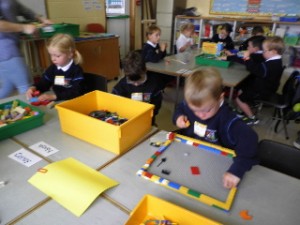 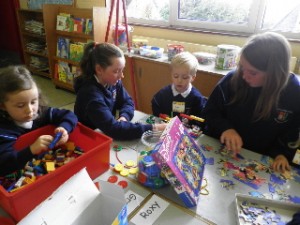 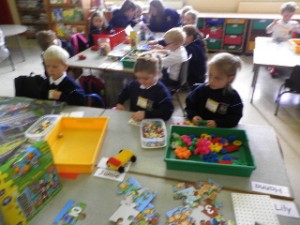 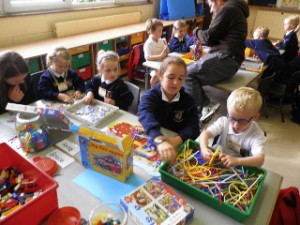 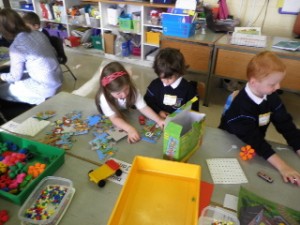 Swimming : Second and Fourth Classes began a seven week swimming course in Leisureworld, Bishopstown. We wish them every success with the classes and hope they have a great time ! 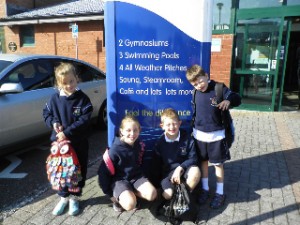 Basketball : We welcomed back Mr. Marshall, our Basketball coach, for the new school year. During the coming term Mr. Marshall will coach the children in Senior Infants, First, Second, Third and Fourth Classes. 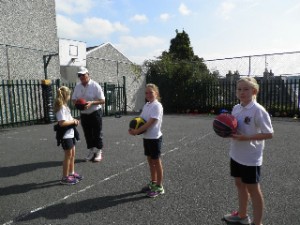 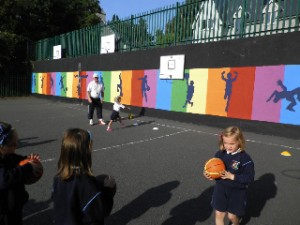 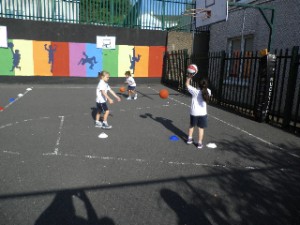 Tag Rugby : Fifth and Sixth Classes began a three week Tag Rugby coaching session with Mr. Vincent O’ Leary from Carrigaline. A blitz for these classes will be organised later in the term. Our thanks to Vincent for giving of his time so generously. Go raibh maith agat, Vincent ! 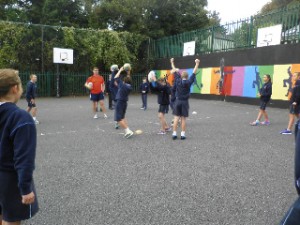 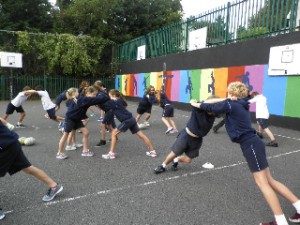 Red Day : Friday 12th was Red Day in Scoil Barra Naofa where we all donned the red and white to wish Cork well in the Camogie Final. The Cork Manager, Paudie Murray, has two children in the school, Elena and Isabella and their aunt, Aoife, is the goalkeeper. Up Cork !! 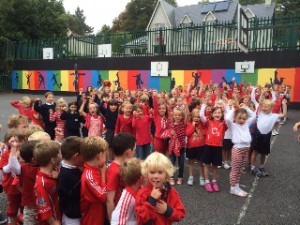 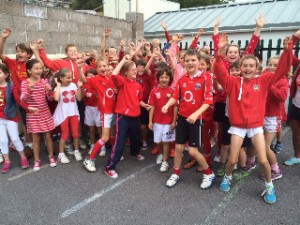 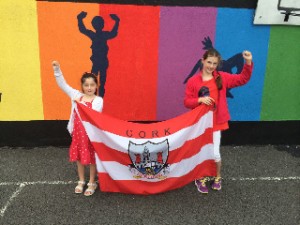 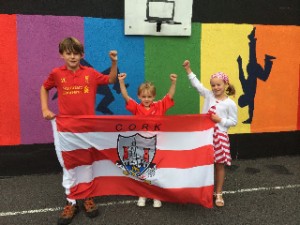 Gaelic : On Friday, Third Class began a module of Gaelic coaching with Declan O’ Neill from Shamrock’s Hurling and Football Club. They are looking forward to learning lots of new skills ! 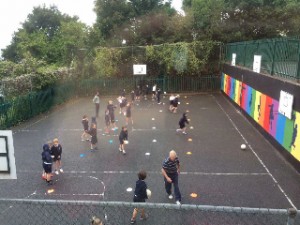 Sciath na Scol : The Sciath na Scol campaign began on Friday in Grenagh when boys and girls from Fourth, Fifth and Sixth classes played Rathduff. The children did their best but unfortunately lost their matches. Better luck next time ! 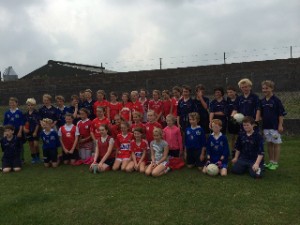 Sciath na Scol : The Sciath na Scol teams had a great day in Shanbally on Wednesday 17th. They played Summercove N.S in a very exciting match. The boys had a terrific win and the girls also played really well and were unlucky to be beaten. Well done everyone, we are all very proud of you ! 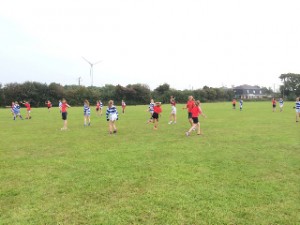 Buddy Programme : We began our very successful Buddy Programme where Sixth Class and Junior Infants form ‘buddy’ partnerships and the older children work on reading, writing, P.E. and computer work with their buddies. Have a great year ! 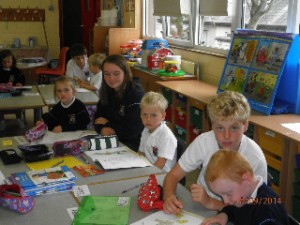 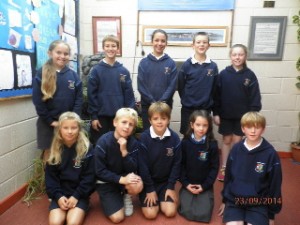 Annual Mass : The children and staff all attended Mass in the Sacred Heart Church to mark the beginning of our new school year. Our thanks to Fr. Seán for organising the Mass for us and to our readers – Erin, Éabha, Ethan, Lauren, Alex and Luke.

We welcomed back Larry and Ita Southard for a four week module of Folk Dance with the children from Junior Infants to Fifth Class. We look forward to a great display in October ! 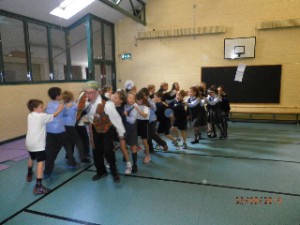 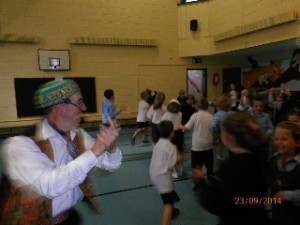 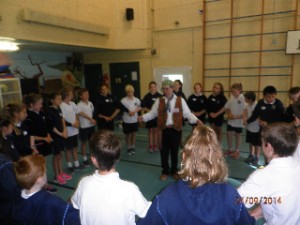 Sciath na Scol : Well done to our Sciath na Scol teams who played in Shanbally on Wednesday 24th. Special congratulations to our boys who had another terrific win over Dunderrow N.S. Comhghairdeas !

We wish the Committee every success during the coming year. 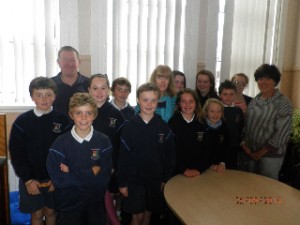 An Taisce : We had a lovely visit from our An Taisce Educational Officer, Camilla Tunney. Camilla did an audit of Travel in First, Second, Third, Fourth, Fifth and Sixth Classes. She will continue to monitor these classes during the year. She then had a meeting with the Green Committee and outlined the programme for the year. 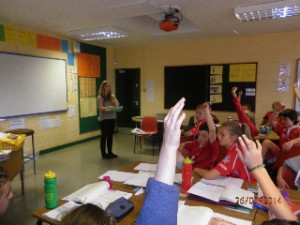 All Ireland Camogie Visit : On Friday 26th we were delighted to welcome two members of the victorious Cork camogie team to the school, Leanne and Aoife, with manager Paudie Murray. We congratulated them on their fantastic performance and thanked them for taking the time to visit and show us the O’ Duffy cup. Go raibh maith agaibh ! 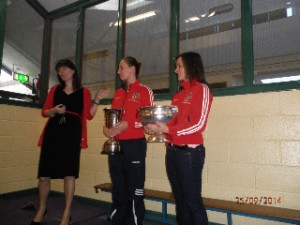 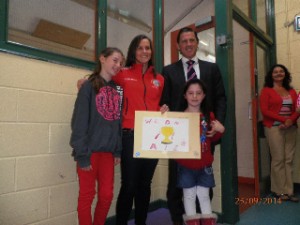 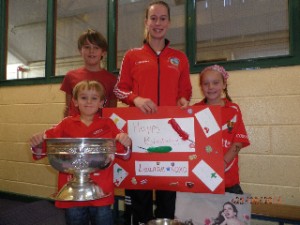 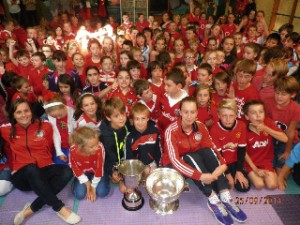 Scoil Barra Naofa, founded on 19th February 1872 is a Catholic Primary School of both boys and girls. The mission of the school is to provide a comprehensive, inclusive and accessible education of the highest quality, which will enable all our pupils to develop to their full potential as persons – spiritually, socially, morally, physically and academically.
View all posts by admin →